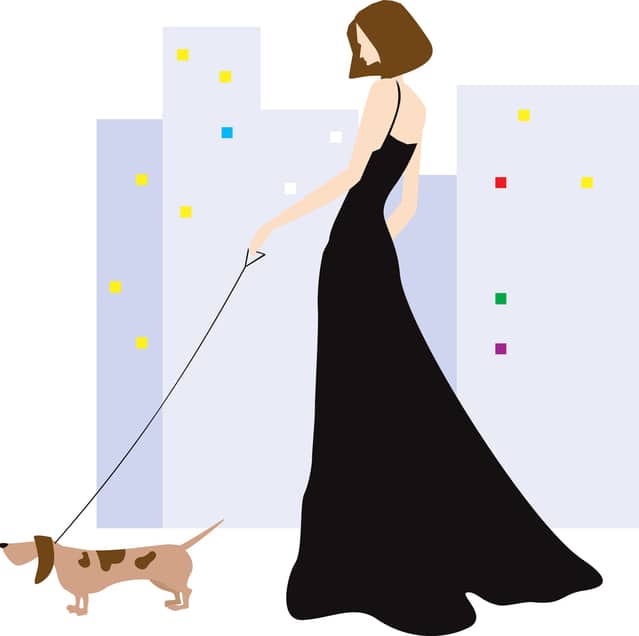 Being a dog owner, I see a lot of crazy dog behavior with my little pack on a regular basis.   They always seems to confuse my friends and family that simply don’t understand dogs.  Sometimes I find that even if they have a dog, they take their behavior as something other than what it really means.  Most of it is common dog behavior.

What about when dogs first meet each other and some people think their dog is very aggressive, but the dog is still a puppy?  How do you know your puppy is aggressive?  More often than not, it’s simply humans not understanding common dog behavior concerns.

How about when dogs sniff each others butts?  Why do they always have to do that?

And why do they always eat grass? How can I stop that?

Let’s dive into each of these.

Dogs Humping Each Other; What Does It Mean?

While dogs have been domesticated, they still have that inner wild dog in them regardless of their breed. Dogs aren’t like humans in the sense that when we hump, it means…….well, something completely different, doesn’t it? For dogs, it’s not sexual in nature but a dominance ploy.

All dogs want to be the dominant dog and others portray this more, sometimes. When a female dog attempts to mount a male dog, I can assure you, she’s not confused on her gender like some humans. Dogs know their role, but she’s trying to establish her dominance over that other dog. She’s basically saying, “Listen here, I’m in charge, okay?”

Now, not all dogs want to be dominated.  So, they can end up having a little argument over this and we see that as them trying to fight and possibly get hurt. Rarely does this happen with dogs that have been acquainted with each other.  My female dog Atlas has grown up with her brother right down the road.  When she tries to mount him and he’s not having any of it, they growl, they run around, they bite at each other.

It’s a game to them to see who’s successful and who’s not.

She may win today, and he may win tomorrow. It’s a constant battle, even for wild dogs. Wolves can duel each other to be pack leaders as often as they like. If the pack leader continues to win, he leads the pack. If another wolf defeats him, he doesn’t get to lead anymore and may even be banished from the pack or killed.

So while you might think your female is at risk for getting pregnant just because a male dog tries to mount her, unless she’s bleeding (in her heat cycle), I can assure you, she can’t. Definitely not like humans that can get pregnant any time, dogs have to be in heat to get pregnant AND they have to be willing to accept that partner. It’s a process for dogs, I can assure you.

Humping, however, it’s a natural instinct for them to be dominant over the others.

Aggressive Behavior And How To Recognize It.

I have a neighbor down the way that has a dog, but he’s still a puppy, really. We were all sitting outside one night and he brought his puppy out and I brought Atlas out to meet him. Now, his puppy has never been around other dogs to know proper dog etiquette. Yes, they have etiquette.

Upon meeting Atlas, his puppy is so excited that he starts jumping all over Atlas and basically acting like a 5-year old to a 9-year old (that’s about where they’re at in terms of age). What our neighbor sees is his puppy being aggressive because he’s so hyper, and what I see is just hyper-ness and lack of dog friends – that’s the best way to phrase that.

Atlas is okay with the jumping around because she can recognize that he’s just a puppy, so she in turn starts jumping around to mimic him and play. No hackles were raised on their backs, tails were wagging not straight out, ears were normal and floppy and not straight back, noses weren’t lowered to show aggression. All these signs weren’t being shown, so I knew they were okay and simply playing around.

I let our neighbor know that in order for him to see that his dog isn’t aggressive, he simply needs to be around other dogs to learn the right attitude, that he should try to take him to a dog park. His dog eventually will want to learn how to be around other dogs and how to act accordingly, and he understood after I mentioned that it’s just like with humans. If we’re raised around animals, we don’t know how to act like humans. Dogs should be introduced to other dogs so that they know how to be dogs.

What’s It Mean When My Dog Smells Other Dog’s Butt’s?

So, dogs are really cool in how they perceive the outside world and that means how they meet others as well. When a dog smells a butt, it’s actually a hand shake for them. “Hi, nice to meet you, I’m Atlas!” It’s the same when they meet humans, they smell our butts.

They can learn a lot through smell. So much so, that they can actually see a story of where you’ve been, what you did and who you met. It’s not like with humans where we have to communicate verbally to learn about someone. Dogs can smell their way to meeting you.

If you’ve ever been around dogs, you know when they smell someone they don’t like.  They don’t even have to get close to you.   Dogs simply smell from a distance that that person is not a good person. They tend to stay away, bark or sometimes even growl as a warning to stay away from me and my human.

So, smelling butts is basically like a greeting. Where we hug, or back tap (whatever guys call it when they go in for that weird half hug, but they do a tap and back off), they sniff butts. It’s like a “Hello, I missed you!”

My Dog Eats Grass A Lot; How Can I Stop That?

Dogs that eat grass is perfectly normal, actually. They often do this to help calm their stomachs and sometimes to force themselves to vomit whatever isn’t sitting well in their stomach’s.

Unlike humans, we often deal with upset stomachs and we use medicine to relieve this pain; Tums, Pepto, etc. Dogs don’t have the ability to tell us their stomach’s hurt, so when they go outside, they simply eat grass to relieve whatever is ailing them.

My dog will often eat grass if she’s eaten something that can’t digest like plastic, or a balloon one time (I have kids). Along with all the grass, there was a balloon in the mix. I had no idea when she ate that, but she knew her stomach didn’t like it so she ate enough grass to get it back up.

Dogs know when they need something, and they’ll try to handle it on their own, it’s a natural process.

As you can see, dog’s behavior is different from humans, but just as important to understand. Common behavior issues, while they might seem troubling, they could just be something simple and natural for them to portray. As a dog lover, I always observe tell-tale signs that my dog is distressed before addressing any situation she’s in.

I look for raised fur down her back, that means her hackles are up and she’s not happy. Ears straight back and laid, means she’s concentrating really hard on what’s around her. Tail straight out behind her, she’s ready for action, whatever that may be. And when she points her nose down to where her head is slightly lowered, that means she’s ready to strike at anything that means her, or her humans, harm.

But if she’s wagging her tail, ears are floppy and on her head (where they belong) and she’s panting, I don’t worry. This means she’s calm and collected and assessing the situation as always. I always try to be sure my dogs are happy and feel comfortable in their surroundings, because frankly, that’s part of my job as a dog owner.

Diving into dog’s behavior has been something that I’ve been researching for years as an adult and with several breeds of dogs. I’ve had a very aggressive dog in the past and knew to recognize that and keep her confined to home or walks with the right equipment on. It wasn’t through lack of training, it was through an attack on her when she was only 2 and that brought on very aggressive behavior.

I’ve also brought in on myself to learn their odd behaviors and understand what they mean through vet consultations and thorough research online. I want to be the responsible dog owner whose dogs have a happy and healthy life.

What behaviors do you question with your dog? Leave your questions below!