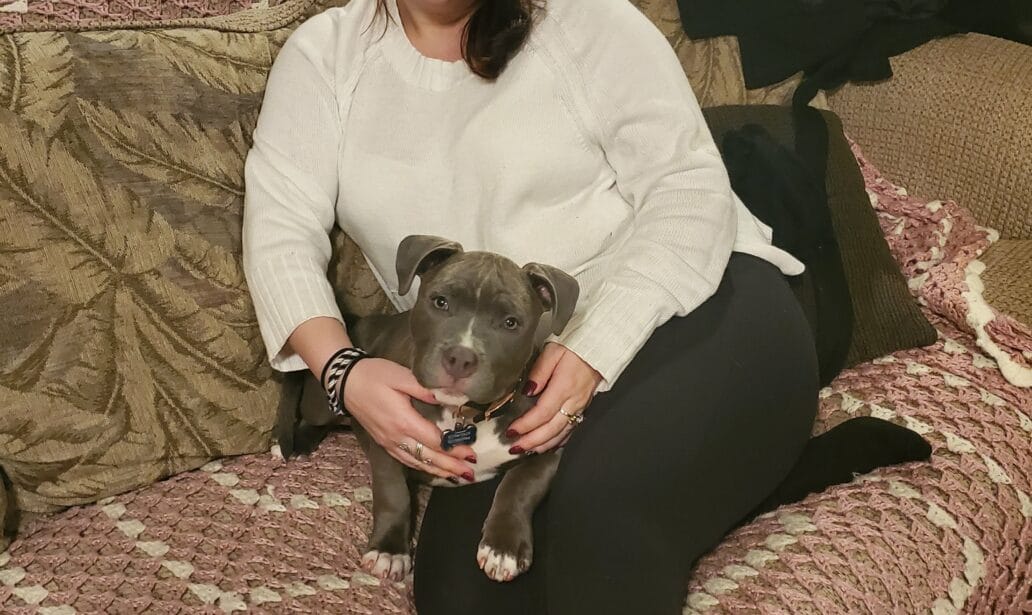 My dog has recently been to the vet clinic for her swollen teats, and when I asked the vet what it could mean, they weren’t sure over the phone. I had to bring her in. The vet had stated that there could be a long list of reasons on why female dogs get swollen teats, but to be sure they could give the right diagnosis, they would possibly need to send a sample to the lab.

At the same time that she had this issue with her tummy, she also had some super crusty stuff in her ear that looked like coffee grinds. I wanted the vet to check that out as well while she was there, but once the vet told me the bill could be as high as $300, I went ahead and decided to have her ear checked out next payday. Click here for that article from yesterday.

As for her swollen teats, what could it mean? Would she be okay? Do dogs get breast cancer? She’s so young! These were the questions floating through my head when I brought her in. So why do some dogs get swollen teats? I’d never experienced this with any other female dog before.

Does It Mean My Dog Is Pregnant?

I’ve had female dogs almost my entire adult life. Many of which have been spade since I’ve adopted a lot from shelters, and others I’ve decided to not spade because there’s no reason. With Atlas, I plan on her having pups after her 3rd heat cycle (this is when it’s safe for them to finally have puppies, not before) so I definitely didn’t want to get her spade.

What concerned me though, was during her first heat cycle, her teats ended up getting so swollen that all of my friends and family swore that she was pregnant. I mean, for a minute there when they were at their largest, I even thought she was pregnant! But I knew that I took very cautious measures when she was in heat.

She was never out of my sight while she was in heat; she was not allowed around male dogs without super close supervision, and for the first 2 weeks, she wasn’t allowed around her brother at all that lives 2 houses down.

Because I took such measures, I knew, without a doubt, that there was no opportunity for a male dog to mount her. I was with her 24 hours a day keeping watch over her. The only time she was around a male dog, her brother, was when we all took a walk into the bog and she had her diaper on and I had her on the leash the entire time to be sure he couldn’t mount her. Did he try? Of course he did! But he was not successful! So, if she’s not pregnant, why does she look like it?

Why Some Dogs Have Swollen Teats.

A dog’s body will go through what’s called a faux pregnancy where their teats get swollen and enlarged, ready for puppies, even though their eggs haven’t been fertilized. So while for a human’s, our breasts don’t collect milk until after we’re fertilized, a dog’s body is preparing for that while they’re in heat.

Many female dogs will go through this “false pregnancy” in their first heat cycle, but it’s nothing to be concerned with as long as you’re present during the entire heat cycle and can say, without a shred of doubt, that they never got mounted.

Does It Go Away?

While every friend and family member kept telling me that she was pregnant, and I kept telling them, “No, she’s not.” They didn’t believe me until they saw for themselves, “Oh, she doesn’t have boobs anymore.”

Yes, I know. When you watch your dog 24 hours a day and she’s never out of your sight and you KNOW she didn’t get with any males, I know she’s not pregnant. Unless dogs can fertilize themselves, but last I checked, that’s impossible.

I’m very cautious with the amount of dogs in this world and I don’t want her having pups with a stud that I haven’t physically sought after, so no pups for her until we find the perfect boyfriend for her. Plain and simple.

After Two Months, There Were Lumps That Formed.

This is where it got scary. Her teats were finally getting back to a normal size and one day I’m rubbing her tummy, and there, I felt a crazy amount of very hard lumps. They stretched from the middle of her stomach, all the way to her vagina. The worst lumps of all of them was this hard line of a lump that went from her bottom 2 teats to her vagina!

I couldn’t explain what it felt like, but I called the vet immediately! OMG, my dog has lumps on her boobs I said! What is it? I’ve never felt this before and I’m kind of freaking out! All through puberty as a girl, we’re told, any lumps on your breasts is a very bad sign. It could mean breast cancer and that’s exactly what was on my mind with Atlas. Does my dog have breast cancer?

The vet says, we have to see her as soon as possible. Do they bother her? No. Is she acting lethargic or abnormal? No, she seems fine. Well, bring her in to be safe – we’ll send samples to the lab for diagnosis.

The whole time she was at the vet, I was worried about her. I couldn’t go in, this was during COVID. What was wrong with her and why did she have super hard lumps?

The Vet called not long after.

Swollen teats on a female does not mean pregnancy – we now know that. The lumps that formed after 2 months were just swollen lymph glands. Her body was going through the transition of knowing no pups are coming and her body was forcing the glands to go back down and it’s normal that they get hard and lumpy like that. Whew.

So, after months of hearing from everyone she’s prego, to thinking my dog has something wrong with her, now she’s 100% back to normal. What a crazy couple of months that was!

Not only were the lumps scary, but the sores all over her vagina to boot. Vet says, those are normal. It’s her lymph glands that are just swollen and it can cause weird looking sores on their vagina as well. No, she doesn’t have an STD (she was never mated with!), but it is normal especially in bulldog breeds. Well, I see…..

The vet went on to tell me about her English Bulldog she had that had similar issues. Loads of bulldog breeds go through faux pregnancies and then the teats getting swollen, and finally to the lumps 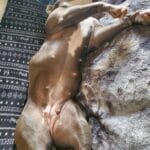 that form. She said, nothing to worry about, Atlas is just fine. Keep an eye on her for the next 30 days and if the lumps don’t go away, call us for a recheck up.

Here we are, 2 weeks after the last visit and she’s 100% back to normal. No more swelling, no more lumps. She’s a healthy pup. Well, except for the mites she has in her ear, but we’re treating that. As for her tummy and teats, she’s good.

So, if you have a dog that gets swollen teats, it could be the same as Atlas. I still always advise to call the vet to be sure though. Better safe than sorry.

Hopefully you found some guidance in this article.  If so, feel free to share with your friends with female dogs that might be going through similar issues!