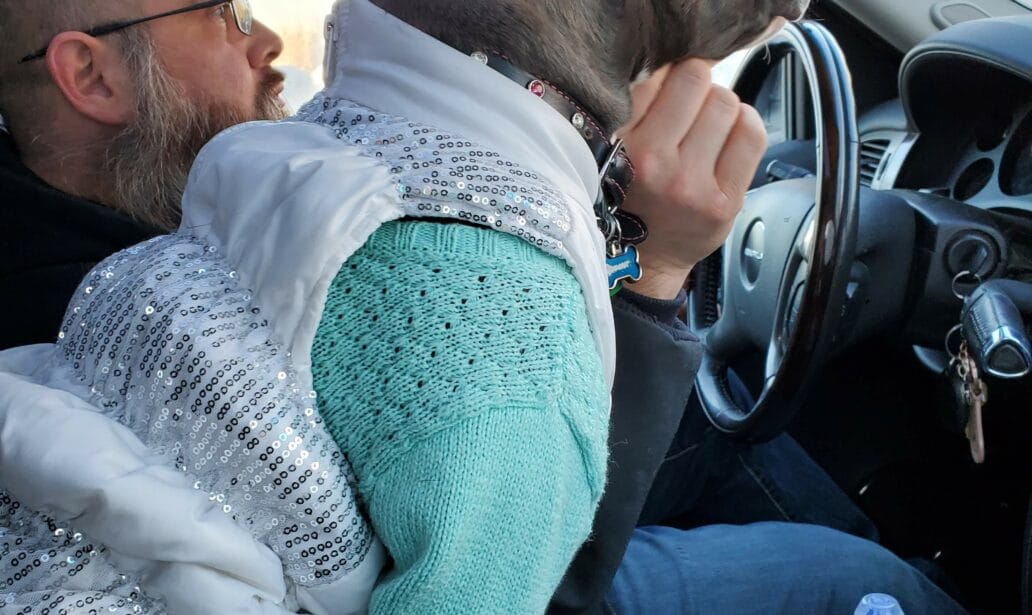 People often wonder which breed of dog is best for protection? Which dog should I get in order to ensure my house is protected, especially if I have children?  The answer varies widely, just as their breeds vary widely. I’ve had the pleasure of having a lot of different breeds of dogs growing up, as well as adopting or buying my own as an adult.

Dog’s naturally like to protect their owners regardless of their weight, size or breed. However, some dogs are smarter than others, especially when it comes to protecting their owners. Take for instance, I have two small Chihuahua’s that are my furry friends. Chihuahua’s are notoriously attempting to protect me and my family from strangers, but they can’t seem to get past your ankles – their size simply won’t allow for that.

Not only size, but temperament will dictate which dog breeds are good for protection.

Which Temperament Makes For A Good Guard Dog?

This is the perfect question, but there are a lot of answers out there. One thing I will note, is that the smarts of your dog will decide how they do their job as protecting your family. Now, I’m not a dog expert by any means, but I’ve had dogs my entire life and I’ve observed their behavior while growing up, and I still observe their behavior even now.

What I look for in a good guard dog:

General Outlook on Breed – Why is this even a thing?

I state the general outlook on the breed because let’s face it, the way some breeds are viewed in general can determine whether your dog should even be a guard dog at all. Did you know that if you have certain breeds of dogs, your insurance provider may not pay out claims on your renters policy or home policy? Why?

Let’s use the Pit Bull breed for a moment. Pretend you have a Pit and someone breaks into your home and your dog does what they’re supposed to do, they protect. If that attacker gets bit and injured and goes to the hospital, you might end being liable for the damages caused by your dog – even though this person entered your home to steal!

There are several breeds of dogs that insurance companies will not allow you to have and be insured on your insurance policy. Just to name a few they are:

There are more, but these are just a few. What’s even more terrible, is that the above list of dogs are notoriously known for being the best protection dogs out there! However, if your insurance company isn’t aware you have one of the black listed dogs, then anything that happens to your home that requires a claim, they can actually deny the claim.

Not all insurance companies will have black listed dogs, but all of mine have stated that I can’t have any of the above types of dogs and be 100% covered for insurance. Hence, why I stated there is a general outlook on some dogs that may make it hard to have them as a guard dog.

Affection Towards Humans – Why?

Another point I made above –  let’s look at why I stated this.  My dog that recently passed due to old age, Annie, was a terrible dog to use as protection. Not only was she not smart, but she also would chase after anyone that was screaming.  So, if I was the one injured and screaming, she would probably have come after me.

Why do I bring her into this mix?  What does her going after the injured have to do this topic?  Well, she was NOT an affectionate dog, at all.  She hated when I pet her head, she hated when I tried to give her love. Almost acting like a female cat in that she only wanted affection on her terms and when she “felt like getting it.”

Not all dogs will be this way I’m sure.  From my personal experience, she didn’t care for affection.   Maybe that’s why is anyone that ran from her or cried out, she would attempt to grab with her teeth.  Now, when I went swimming off the boat one day, she did jump into the water.  She tried to grab me with her teeth to pull me back to the boat.  So in a sense she would have protected me then.   But from an attacker?  No way.

Not only that, she was never aggressive or defensive towards humans, only dogs.   She hated all dogs.   If my home was broken into by a dog, sure, she would protect me.   But a human?  Nope.

Now if the Chihuahua was a large dog, we’d all be in trouble.  I guarantee they would make the black list for ALL insurance companies.

As stated above, most dogs that have the smarts to learn commands make good protection dogs, especially the ones on the insurance black list. I have a friend that has a German Shepherd’s and that dog protects! I had one as a kid as well, and he would jump on anyone that came onto our property and pull a Hooch, he’d grip around your neck – not biting down – simply holding until one of us came out and told him it was okay. No matter what we said in terms of words, if we seemed calm because we knew the human, anything we said and he’d release. Good guard dog.

Shepherds are also very, very smart. This is why they make good K-9 dogs because of their ability to learn commands easily, and be a force to recon with. Police wouldn’t use them if they didn’t make good companions in the areas they need.

But are they the only good guard dogs? Of course not! Atlas, my 50 lb Pocket Bully has exhibited exceptional signs of protecting the family – AND – she’s not on the blacklist because she’s a bulldog breed. Yay for me.

A Short Story of her Behavior Recently:

My family and I were out camping this past weekend in a spot that was on the side of the road but back a ways. We were near a small lake that apparently a lot of locals know about as a good fishing spot. We didn’t know this at the time of camping and since we had never been here, we weren’t sure of the people that pulled up behind our RV so close. We’re in Alaska, there is a lot of space up here, so why they pulled in right behind us was beyond us.

The last night there, Sunday morning at 1 am, a box truck pulled in not far off from us. I had never seen Atlas act the way she did that night when the person pulled in. She smelled whoever it was driving the box truck and her hackles immediately rose up.   She issued a very weird growl coming from her throat and she stood deathly still, tail straight out behind her.  Trying to smelling this person.  My husband got up from the bed and went out to pet her and see what was going on.   When he touched her back, she looked up at him, back at my kids and back out the door towards this truck.   She couldn’t see through the door, but whatever she smelled, she did not like. 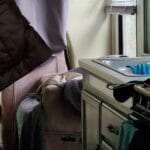 My husband ended up opening the door so he could look out to see what she saw.    As soon as she could physically see the truck, she started this weird growling noise again.  Moving up slightly towards my husbands legs and almost in front of him.   Like she was telling him that she had it under control.   Her behavior of course made my husband alert enough to where he grabbed his gun.

Now, we’re in Alaska, it’s dark on this gravel road back from the main road.   There is a lot of spots this person could have pulled into, but they chose right behind us instead. This made us all more alert to our surroundings, but most of all, Atlas.   My husband sat up watching for a bit wondering what this windowless box truck was doing.   He probably watched them for a good hour or so.   Atlas on the other hand watched them all night long.   She slept on the chair right next to the door, in front of the children.  Blocking the door to be sure they were safe all night.

She has never not slept on our bed with us, ever.  So for her to sleep on this little chair watching over our kids, I knew from that moment, that she would guard us at all costs.

Good Protection Comes In All Forms.

It’s not just specific breeds that make good guard dogs, but they should have the behavior for it.   Will you always know what breeds make good guard dogs?   No, because there are new breeds often in the world of dogs.  People mix breeds with other breeds to make better dogs.

A few things we do know though, is that your dog should be affectionate towards you.   They truly want to be sure you’re safe as well as the family. They should be smart so you can train them to act accordingly in public and around people and dogs.

I stated above that your dog shouldn’t be aggressive.   If they’re aggressive, they’re not going to be able to know the difference between home and public.   Annie was aggressive towards all dogs.    She wasn’t allowed out of the house unless she was on a gentle lead or in the car.   She couldn’t be allowed around any other dogs because she would attack; this does not make for a good guard dog. Plus, she chased anyone screaming or yelling and would try to bite them.  This isn’t good guard dog behavior since it would most likely be me screaming in the event of an attack.

Many breeds out there are protective of their owners.  Researching their temperament helps before you think of getting one and hoping that they make a good guard dog – if that’s what you’re going for, of course.

Other than that, maybe you have a good guard dog already and don’t even know it.   I didn’t know I had one until a situation came up that struck her as off.   Now I know I have a great guard dog in my family.  That wasn’t her purpose when we got her, she simply was too cute to pass up!  But I’m glad she wants to protect the family, especially my kids. 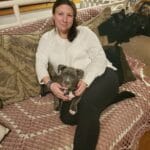 Ever since that night, she watches vigilantly when the kids go out of the home.  She won’t come inside from our deck overlooking the neighborhood until they both come in.  If that isn’t protection and affection for them, then I don’t know what is.

2 thoughts on “Which Breed of Dog is Best for Protection?”