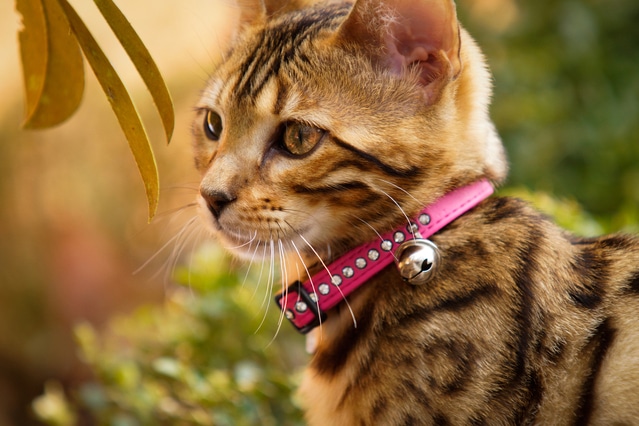 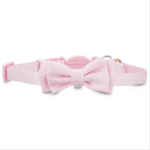 For all you cat lovers out there, you know that it’s important to have the right cat collars for your cats.  Because of all the hidey holes they like to crawl into, it’s very important to have the breakaway collars.   They can get stuck if you have one that doesn’t allow them to pull to be released.

In the past, I’ve bought collars that weren’t breakaway’s and I had a couple of my cats get stuck in odd places.  It’s very difficult to get a cat unstuck from under the bed.  Especially when they’re smack in the middle of a queen sized bed and their collar is caught on the frame.

I also usually have collars that have bells on them.  This is so that I can hear them when they are stuck somewhere, like under the bed.  Many of the cat collars today in pet stores, as well as online even, are the breakaway collars.   Most even have bells attached to them.  Some collars even come with interchangeable bells so you can switch up the color scheme for your cats. 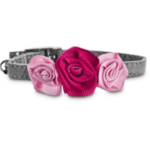 With so many options out there, you have the ability to choose collars that are very intricate.   Some have flowers or bows on them that make them very pretty for your special female friend.  Others are more plain Jane for your male cats, or if you’re just wanting a more plain style collar.   Especially if your cat is rambunctious in nature like mine can be.

I’ve found that with my cats, if I buy the really intricate ones, they tend to get the adornments stuck.   They love to crawl around under my bed and try to get stuck.  But I will say, I actually like male cats a little more than females (personally).   In the past, my males have been mad at me for attempting to dress them up.  I usually get the death stare for hours.

The intricate collars however, do look very nice on female cats and I’ve often admired the ones with the flowers and bows on them; I just usually have male cats as I 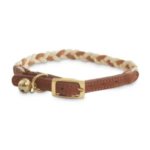 Where To Buy The Breakaway Collars.

Most pet stores that sell cat collars have strictly gone to the breakaway collars now. They may look to the naked eye like a standard collar.  Look closely, the plastic clasp has the ability to pull apart when some sort of force is applied to it.  Little kittens may have a harder time with these.   I do recommend that if you have a very young kitten, then wait to put a collar on them until they’re about 2 months old.

The clasp function on the breakaway’s will pull apart as mentioned with just a little force. Because cats hate to be detained in any form, if these collars get snagged, once the cat fights to break free the collar will come undone easily and your cat can get free. Of course, the hard part is attempting to find your cat’s collar once you realize it’s gone. Who know’s where they could have left it?

Before the breakaways were invented, cat collars that were similar to a dog’s would injure a cat when they became stuck on something and in their attempt to get free they could seriously injure their neck. Thus, the breakaway’s were invented.

Several of my friends and family with cats have stated that they don’t like collars for their cats for this reason, but they’ve come a long way from the old style of collars. Now, with bells and plastic clasps, cats can enjoy having a collar on and with the bell you always know where they’re hiding – as long as they’re not asleep of course.

My Take On Cat Collars.

To this day, I always have a collar on my cats. The collar allows me to have tags on them in the event they get outside, people can always call the number displayed on their tags so I can pick them up.

I also rely heavily on the bells to be able to know where they’re at, especially if I haven’t seen them in a while and I go to call their name and hear the bell ringing under my bed or if they’re just hiding in their cat tree.  To read more about cat trees, click here.

All the adornments have a specific function to them that helps me take better care of my pets. Just as with my dogs, I have collars on them that have my phone number displayed, I’m no different with cats.

To find some of the best cat collars on the market that aren’t overly expensive, click here.