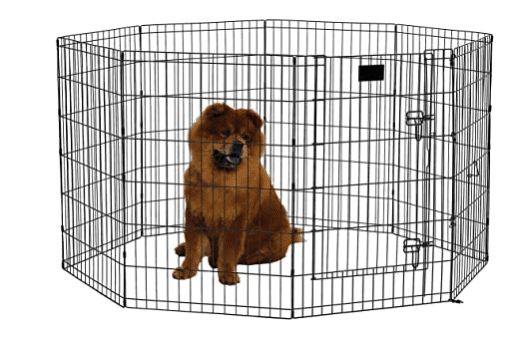 Choosing a kennel for your dog isn’t difficult, but there are different styles to choose from. Many people have chosen to go with the wire crate for their dogs. While others, like myself, still go for the plastic kennels. Why? What’s the difference? Well, first, what is the temperament of my dog?

Some of you might be wondering why I asked that question. I mean, what does the temperament of my dog have to do with the kennel I choose? It has lots to do with it actually. The two styles of kennels will allow your pet, either, more viewing of the room and people, and the other has less. That sounds confusing, I know. I’ll explain in detail in a moment. But first, let’s explore how your dog is.

The Temperament of your Dog.

This is kind of a complicated subject, but it’s easy once you know what I mean. Some dogs are very amped up dogs. Meaning, they’re very anxious. Anxious dogs can be this way because of several factors. For this particular subject, I’m going to use my old dog, Annie, for you. See, Annie was overwhelmed when she saw too many people, or heard too many noises. She was the kind of dog that needed a plastic kennel to limit the amount of things she could see.

If she was subjected to too much activity in one day, she would get this bizarre attitude towards people and things. First off, she liked to eat the house when she was super anxious. Yes, she ate dry wall and carpet. I noticed this when she was a puppy at about 6 months old. Then, she would jump on people nonstop when there was too much noise or excitement. She needed the sensory deprivation the plastic kennel offered.

Her temperament, was one where she needed lots of quiet time to herself, in order to just regroup, and know that she was okay. For her, the wire crate would never work. She would see too much and be too overwhelmed.

The Other Kind of Dog when Choosing a Kennel.

Atlas is the very opposite of Annie. Atlas likes to see what’s going on at all times. For her, she never took to the plastic kennel. It simply limited her vision too much, and she would get very agitated, quickly. For this reason, Atlas has only ever liked the wire kennels, and even then, she isn’t a fan of them.

I ended up getting a play pen for her when she was a puppy instead, because it wouldn’t completely limit her ability to see, move and hear things. This was the only thing that worked for her when I was at work for over 9 hours a day. She would still be able to go outside, but she was confined from roaming the house. The playpen was used as a rectangle at the dog door. She had her bed and a couple of toys to play with during the day.

If I attempted to put Atlas in a plastic kennel, even today, she would still freak out. So, her temperament is unique. Just like all dogs temperaments. You just have to figure out what your dogs is, and which kennel they might like better.

Next, why kennel train?

Why A Kennel in the First Place?

This is the part where you might be asking, “If Atlas hated the kennel so much, why buy one?” Well, kennel training a dog is a necessity. Think about it, any time you visit the vet, especially during the pandemic, they would get the dog early, but they wouldn’t see the dog sometimes for hours. They put the dog inside a kennel when they have to do this.

If you decide to travel, or take a vacation. When you board a dog with a kennel boarding place, they keep them confined to a kennel most of the day. If your dog is terrified of the kennel because they were never trained, they will have severe anxiety the entire time. You don’t want that for your dog.

Dogs should always feel safe in any environment. I know, not all dogs do, I get that. But, we are their humans to help train them for these kinds of events that sometimes have to happen.

How To Even Kennel Train Them.

Finally, you’ve chosen the style of kennel you think your dog will like best. Now comes the hard part, training them to even go in there. Now, I will admit, I always kennel train my dogs when they’re puppies. This teaches them that it’s part of their day. I usually train them to stay in there during the night, to keep them from soiling their beds. Training them to be in there during the day, while you’re at work is also another part of the training.

However, you do still have to let them out every 2 hours as a puppy. Don’t just put them in there and leave them. This will deter any training you’re trying to achieve.

To get them to even like their kennel, I always used treats to get my dogs in the kennel. Usually a favorite toy would go in there as well, to keep them company and let them know this is their safe place.

A Word of Caution.

A couple of words of caution for new dog owners, just starting the kennel training process.

Final Words on Choosing a Kennel.

Choosing a kennel for your dog isn’t hard. Ultimately, it’s up to what you want or like. I base the style on my dogs and how they are, but I’ve always veered more towards the plastic kennels, just to limit the senses for my dogs. Annie at times, when she was younger, wanted me to throw a blanket over it even for her. Once that blanket went on there, she would sleep right away and soundly. She always enjoyed her kennel.

Some dogs, like Atlas, still want to see the world and what’s going on around them. She’s different, and she’s unique. I’ve never had a dog that hated the plastic kennel so much. For 3 weeks I tried kennel training her, and she simply wouldn’t do it. So, I had to come up with different ideas for her specifically.

When you first start out, keep an eye on your dog. See what they like and don’t like. The good thing about most retailers you can buy kennels from, will gladly take them back if your dog doesn’t take to the style you’ve chosen initially. Then, you try the next kind and go from there.

6 thoughts on “Choosing A Kennel”