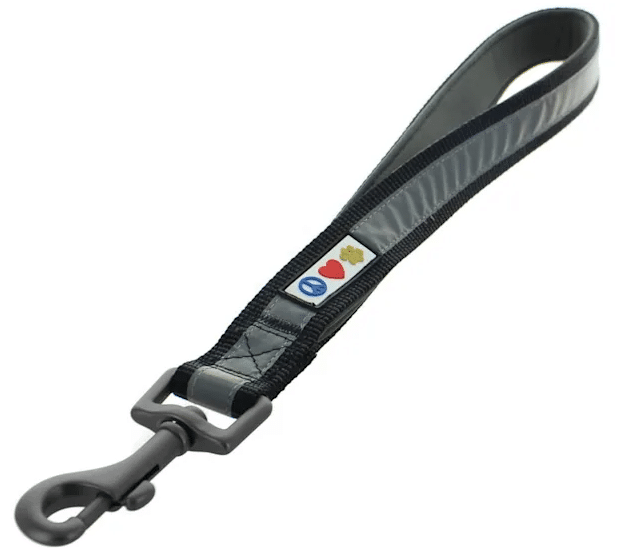 The other day, I was walking my dogs and across the street was another dog. But this dog was far away from their owner. I had assumed that this dog wasn’t on a leash, so I pulled mine to me to keep them close. See, Muse isn’t fully socialized yet, so I can’t have her getting too close to another dog. For Muse, I use the best leash there is. A short and stubby leash to keep her close.

The other dog across the street, though? They had one of those extendable leashes that allows a dog to get too far away in my opinion. Why? Because if your dog is twenty feet in front of you, and something happens, how can you pull your dog back? It’s impossible. And, things can go wrong quickly for all dogs.

I know this title is terrible, but it’s true. I say, dogs can go wrong because all animals can. There are so many triggers out there that can cause your dog to go into instinct mode. When instincts kick in, they usually fight. Dogs can attack people, especially if that person gets too close to their owner. I know for Muse, she’s very protective of me. If a person were to get too close without me affirming it’s okay to her, she might attack. She hasn’t, but that’s because I do know how dogs can react to things.

In recent years, I’ve heard of more dog attacks than ever. Usually, it’s because a dog isn’t on a leash in general. But the retractable ones might as well be “off leash.” They simply allow the dog to get too far ahead of their owner. When I’ve used one in the past, there was no way to pull the leash back to you with the dog. Especially if it’s a big dog. So keep them close.

Honestly, there is no need to not have your dog next to your side. Not only does it tell your dog that you’re in control walking them. But, it also helps to prevent any sort of circumstance that you don’t want. Even if it means they can’t wrap themselves around a tree. This often happens with the retractable ones.

When walking your dog though, it is best to keep them close. Imagine, your dog is at the end of the line, twenty feet for most of those styles of leashes. Another dog is walking with their owner, off leash. The off leash dog runs to your dog. When one dog is on a leash, and another isn’t, dogs tend to get cranky and want to fight. You can’t run fast enough to save your dog from getting attacked by the off leash dog. However, if your dog was right next to you, then you can turn the other way to get away from the other dog. Don’t run of course, but simply turn around and walk the other way.

The best leash, which is only a foot long is one of my favorites. Don’t get me wrong, I have several leashes that I use. Heck, I have one that is six feet long, one that is four feet long, a couple that are five feet long. It really depends on what I’m doing with my dogs. If I’m training, this is my go-to leash. And yes, my dogs are always in training, especially Muse.

If I knew that she was good with both dogs and strangers, then sure, I’d use the six-foot leash more. But they’re not there yet. Atlas has gone into attack mode with Muse around, but that’s towards other dogs. Atlas was socialized until we brought a new one home that wasn’t. So now, they pick fights with other dogs, and the training continues. This is why I use the short leash. To have full control over any situation. The last thing I want is for my dogs to attack anything. So, we’re training to prevent this!

The Short Leash is the Best Leash for Emergencies.

The other day, I had a situation pop up between my two dogs while at home. Anyone with multiple dogs has had a fight break out at some point. It’s usually between two dogs of the same sex more than anything else. And, they’re simply fighting for dominance, and so, they fight. It happens, and I didn’t know how to break it up. In fact, I did everything wrong to break it up. I know this now looking back.

But, if you have a short leash on hand, then you can stop almost any emergency from happening. Try doing that with a twenty-foot leash that’s basically a piece of wire. No thank you.

The thing with the short leashes, is you can control your dog 100%. Longer leashes means they have control, because a dog can always get the upper hand when allowed to just roam free. In the instance of my dogs fighting, had I simply put the short leashes on them both and lifted them into the air, they would have stopped fighting instantly. But, now I know for the future.

Final Words on the Best Leash – To Train or Otherwise.

Not everyone is going to run out and buy a one-foot leash, the best leash in my opinion. I get that. But for those that know our dogs need to stay in line, we know that we need to have proper control at all times. More often than not, when I mention this to friends that have these crazy twenty-foot long leashes, they claim they love them. Their dog can run while on the leash. That’s awesome. If there is no way a situation can pop up.

However, if you’re out in public and you have your dog on this, then anything can happen. And, it can happen so fast, that you simply can’t get there fast enough. Now, this leash obviously doesn’t work with really small dogs. I know I can’t put a one-foot leash on my Chihuahua’s. Obviously. But for big dogs? You bet I can and I do!

I love the feeling when my dogs are right at my knees, going where I go and listening to my body language. Perfect harmony and obedient dogs! They’re the best companions!