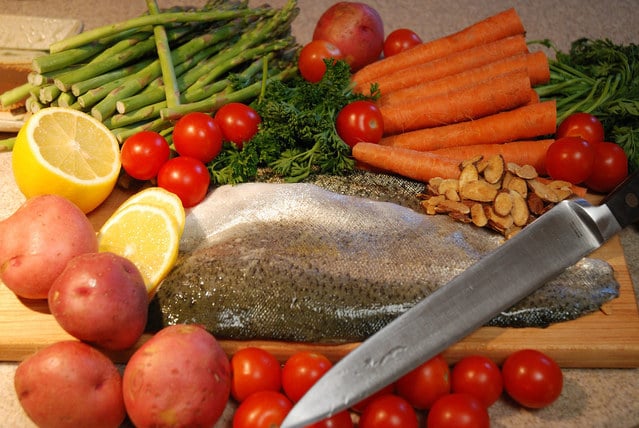 Almost all dog food that I’ve been looking into for weeks have chemicals in them that can be very harmful for dogs to ingest.  If you’re reading this article, then you most likely know about the first article I wrote about dog food in general.  How to know good from bad?

Looking into dog food was brought on by an article that I read on Facebook that was showing dogs vomiting up blood.   Clicking on the article, I saw that 100’s of people have had to put their dogs down.  Many dogs had become ill or sick from certain dog food.

I dug deeper that night until about 3 am.   I found out that almost all dog food companies process dogs food with a slew of chemicals.   Many have side effects ranging from allergies, to chromosomal damage. Of course, seeing this triggered me to start looking into which dog food was good?  Were there any?

What Food Came Up As Good? 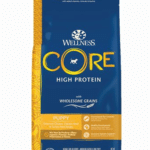 At the end of my first article, I mentioned that my research was ongoing.   Once I found a dog food that wasn’t riddled with chemicals, I would spread the word.  Out of all the personal blogs, reviews, FDA websites, recall sites, there was only one I found.

It also wasn’t splattered all over the FDA sites for causing heart problems.  It’s called Wellness Core RawRev.  I also looked into the amount of recalls this brand had, and only 2 voluntary recalls came up.   One was for an undetermined amount of thiamine that was present in the food.  The other was for suspected salmonella in the food.  But I didn’t see a confirmation that any was found after the recall.

Well, I decided to buy this Wellness Core at Pet Smart, bring it home and see if my dogs even like this stuff. Of course they did.

My vet was quite adamant to not feed Atlas a grain free diet.   She stated that it’s a fad and just like with humans that go on Atkins, grain free for dogs can cause them a lot of allergy problems and growth issues down the road.   I completely understood the diet fad and so went with her suggestion, as well as what I’ve always given my puppies, a normal puppy food diet.  Once my dogs have reached that year marker, then I feed them a standard dry food diet.

I Cooked For My Dogs, Too.

I also mentioned cooking food for them, versus buying dry dog food and that might be a better option for them.   So, I tried that as well.   I have loads of brown rice, so I cooked that in my rice cooker.   Once it was almost done, I grabbed a large bag of frozen vegetables that contained corn, peas, green beans and carrots and threw that in there as well.

I chopped up some hot dogs that had been sitting in my fridge for a week and added those to the mix.   Let it all cool off completely and I dished them up.

I made the food for them before buying the Wellness, and they seemed to really enjoy the homemade food.   The only thing is, the rice came out a little sticky.   I noticed that the smaller dogs didn’t really enjoy the sticky rice as much as my large dog.

I also realized that the ratio of rice to meat and vegetables was too high.   It was very heavy in carbs, so mixing the amount of food in equal portions was a little hard the first try.   Less rice, more meat and vegetables.   Had I gotten the portions more accurate, I do think they would have enjoyed that more.

So Which Is Better? Homemade Or Store Bought Dog Food?

The homemade dog food was a great idea, and overall, not very expensive.   The bag of brown rice (which would’ve gone farther had I gotten the portions right as mentioned) was only $1 at the store. Realistically, this bag would’ve provided meals for a month if mixed right.   The way I did it, it lasted 7 days.   The bag of vegetables was also $1 and the pack of hot dogs was only $1.

For everything, I spent $3.   The container I made lasted for 7 days, so that means it would only be $12/month to feed my dogs a homemade meal.

If I continue with the homemade, I would want to mix up the ingredients of course.   Hot dog meat is not the ideal meat I’d want to give my dogs, I simply had it on hand so used it.   A pack of thinly sliced steaks cost $10.   The steaks were a lot of meat that lasted 7 days, so that would make the meals $12/week or $48/month.   Still not expensive overall.

Wellness Core was $15 for a bag that weighed 10 lbs, so this dry dog food would be kind of expensive over the course of a month.   If I bought the largest bag at $65, for 50 lbs, I would imagine that would last my dogs a month.   The dry food comes with convenience though; you don’t have to prepare their meal every Sunday or some other day to last the week.   I also wouldn’t have to shop for them weekly.  However, I’m already at the store weekly, so not a big deal.

There Are Pros And Cons To Both.

Homemade food pros – I know what’s in there, I cooked it. This means, no chemicals, no processed foods that can be harmful to my dogs health.

Homemade pros – It’s inexpensive if the mixture is accurate. At only $48/month, that’s fairly cheap compared to expensive dry food.

Homemade food cons – I have to make it. If I don’t make them food, they don’t eat. Also, making sure to buy variety to get them the nutrients they need on a daily basis. Dogs need vitamins and minerals just like we do.

Store bought food pros – Easy. You buy a bag, bring it home, open it up and feed your dogs. No preparing or shopping weekly.

Store bought food cons – Kind of expensive, but their health is worth it. Same diet every day/month.

My End Decision for Dog Food.

As you can see, both options are good.   What I ended up deciding to do is both.   I will continue to make them meals a couple times a month so that for a week they can eat wholesome, homemade food with nothing but good ingredients in it.   Lean red meat, brown rice or sweet potatoes and vegetables.

Both methods are great options in my opinion. For those that want to control exactly what their dog eats, then homemade is the best. I’m only going with both since Wellness has a lot of vitamins and minerals in it that dogs do need. Can I get these same minerals and vitamins from food, most likely, but that would be more expensive I imagine. So, mixing both is what I will do.

What food do you feed your dogs?