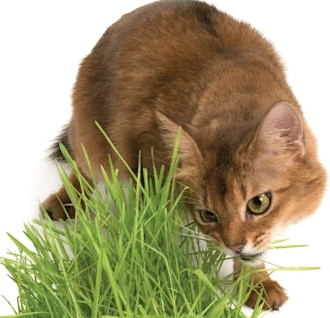 Ah, Spring has arrived, and everyone wants to be outdoors. Even your cats! The problem with our cats getting out though? They like to climb trees and hide. Maybe even to the extent that you have a hard time finding them. Not only that, but in some places, it’s dangerous for a cat to be outside. Some people hate cats and leave things for them that will hurt them. Which is why you need the ultimate catio!

Now you might be asking at this point, what is a catio? When I first heard this term, I had no idea what the heck the person was talking about. A catio? What’s a catio? It’s a way for your cats to be outdoors, and safe! There are some that you can buy that are the ultimate catio! Or, if you happen to be handy, you can build one yourself. But first, what are the dangers to your cats? How can you protect them? And what is a catio?

What are the Dangers to Cats Outdoors?

As I mentioned, not everyone likes cats. When I lived in Hawaii, I was walking through a field and noticed something odd in the ground. When I walked towards it, I noticed that it was some liquid in what looked like a cup. But it was even with the ground. Weird. Then I noticed that the liquid was green. What the heck?

I decided to dip my finger in this liquid and smell it. It smelled like antifreeze for my car. Yes, you’re going to be grossed out, but I tasted it. Just a tiny bit and spit it all out, making sure to get it all in case it was poison. It was indeed car antifreeze. Now I’m asking myself, why antifreeze? I was young at the time, so I honestly didn’t know. When I asked around to my friends, I found out that animals love antifreeze. Unfortunately, it’s very, very poisonous to animals and it kills them slowly.

This wasn’t the only time I found this in the ground. In fact, I found it several more times while living there. Each time, I pulled it out and disposed of it. It was very sad to think that people intentionally were killing people’s pets. This is why you need to protect your cats when they’re outdoors.

I know, not everywhere you live will there be buried antifreeze. But, I still know a lot of people that hate cats. I’ve seen some people swerve in cars when they see a cat. Normally, I’m walking when I see this and I yell out at them. Now, I love dogs through and through, but I’ve had plenty of cats as well. Cats are great pets, and their humans love them! My Mom loves her cats, and talks about them nonstop.

So it’s important that when you bring your cats outside, that you protect them. That means, having them on a harness and leash. Or a cat backpack even if you’re going for a walk. If you want your cats to be outside with you, even a second story deck won’t always keep them in.

My cat Spaz, would attempt to climb down the deck to get to the ground. I saw it multiple times. Even when I yelled at him, “No Spaz”, he would run inside, only to try again later. He stopped trying eventually, but he was stubborn about it in the beginning.

Now, these catio’s are amazing! I’ve seen some at Petco that are downright awesome in their design! They are a little spendy, however, it’s not like you have to buy multiple catio’s. So, the upfront cost is higher, but that’s it. It’s done. Set this up by your front door, on your front or back deck, and bam! Your cats can sit outside with you!

The thing with the ultimate catio is it’s all enclosed. It has multiple levels for your cats to play inside. It’s chicken wire all on the outside of it, so your cats can’t get out. Perfect! There are two styles that I actually like from Petco.

The first one is my favorite, but of course, it’s more expensive. However, it has some shaded areas in case your cats get too hot. They may want an area to cool down inside of. Its several stories for your cats to play inside if they want to.

The other style for the ultimate catio is all open with wire and shelving sits against one side of it. It’s not as fun as the wooden one, especially since the shelves are only on one side of it. But, your cat would have 4 levels to play on.

I think that if I still had Spaz and I had bought this for him, he would stand there and give me the glare. “How dare you human! You think this is fun for me?” I would definitely want to make it better inside. More enjoyable for my cat to play in.

To see all the styles that Petco has to offer, click here!

Another idea – build your own.

Building your own Ultimate Catio!

If you have the basics down to building things, I would build one. Some 2 x 4’s, some chicken wire and voila! You could even get some particle board and make your own stories inside. I would cover them with some outdoor grade grass of course. You don’t want them getting splinters on their paws by playing and jumping around.

Even snagging these designs should give you an idea of how to build one. Placing it next to the back door, or front door would be easy. If you’re really clever, you could open a window, remove the screen and build an enclosed tunnel to the catio.

That way, your cat can go out at any time without you having to bring them outside. My Mom has a window in her bedroom. If it were me, I would build a tunnel from the window (with the screen removed, obviously) that the cats could easily go out and in when they wanted to.

Honestly, building one would be my preferred choice, but I also live with a very handy man. So, if you don’t live with a handy man, buy the better one of the two catio’s.

Final Thoughts on The Ultimate Catio.

Cats want to be outdoors, too. Just like we do, our dogs do, basically, every living being. After a long, cold winter, we want the sun. Your cats are no different. If you don’t already have something set up for your cats, you’re not doing them any favors.

Think about our quarantine during COVID. How much did you miss the outdoors? Being outside? Seeing the sun? They miss it too. They want the Vitamin D as much as you do. You may already have a trickster in your house that likes to run outside already. Or, maybe they like to jump to your window sill and try to push the screen out. This kind of tells you they want to be outside.

But again, some places are just too dangerous. So, get the ultimate catio for your cats. They’ll thank you for it, and maybe they’ll stop trying to pee on your pillow for once. Kidding!

So, which is your favorite for the catio’s? Which do you think your cats will enjoy more? Have you built one for your cats? Let us know in the comments below!

8 thoughts on “The Ultimate Catio – Your Cats Will Love It!”